What kind of school is proposed?

It will be a free school or an Academy.

“Free schools are all-ability state-funded schools set up in response to what local people say they want and need in order to improve education for children in their community.”

“Academies are publicly-funded independent schools that provide a first-class education.”

What age of children will the school be for?

Where is the proposed site?

Why do we need another secondary school in Harpenden?

Harpenden is the largest town in the Harpenden education district, and the school place deficit affects the entire district.

What is Greenbelt land?

From Wikipedia http://en.wikipedia.org/wiki/Green_belt_(United_Kingdom)  “The green belt is a policy for controlling urban growth. The idea is for a ring of countryside where urbanisation will be resisted for the foreseeable future, maintaining an area where agriculture, forestry and outdoor leisure can be expected to prevail.”

What plans are there for traffic calming around the school area including Lower Luton Road, Common Lane, Batford Road and Milford Hill?

We do not know how that will be planned

Is the site in the best location to serve those families who are struggling to get (secondary) school places?

There are 2 secondary schools within walking distance of the proposed site. The areas most affected by lack of school places seems to be Southdown, Wheathampstead, Redbourn and the surrounding villages, who will still be furthest distance from the new school. We are seeking accurate school data from the council and further criteria that informed their decision making.

As a resident of Harpenden, should I have been consulted?

The residents on Common Lane were sent details on 12th September 2013, the day before HCC met on the 13thto discuss the proposals.  Other residents found out through an emergency local meeting on 22nd September.  On the 23rd September HCC Cabinet voted to start the land purchase process, including a Compulsory Purchase Order (CPO) if needed.

We are hearing of more people who knew that this was the proposed site some time ago. We feel we should have been consulted sooner.

What is a CPO

“A compulsory purchase order (CPO) is a legal function in the United Kingdom and Ireland that allows certain bodies which need to obtain land or property to do so without the consent of the owner. It may be enforced if a proposed development is considered one for public betterment”

For how long has the Hertfordshire County Council and local councillors been aware?

We don’t know, but assessment and survey reports are dated January 2011.

What are the timings for this?

County propose the school will open in September 2016. This will mean the children currently in Year 4 will be the first Year 7 intake.

What are the options?

There were a number of sites considered, but Hertfordshire County Council do not have an alternative plan apart from Site F, the Common Lane/Lower Luton Road site. They have publicly stated that they will consider any alternative sites we can suggest.

How can I get in touch?

We value input, insights and help as we try to ensure the best decision is made for the whole district, including the residents of Batford and Harpenden.

Please see our Join In page

We would like the Government to initiate an enquiry into how this land was chosen and order the local authority look again http://epetitions.direct.gov.uk/petitions/55381 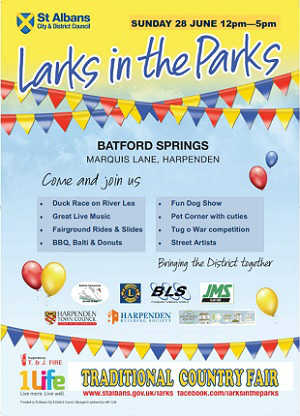 There are regular issues with traffic on the Lower Luton Road, especially at the junction with Station Road, and at the roundabout in Wheathampstead where it meets Lamer Lane and Codicote Road near St Albans High School for Girls. Traffic tails back from this roundabout to Cherry Tree Lane every morning with the volume of traffic at that junction, a distance of 1 mile. 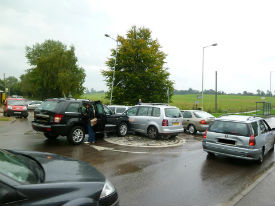 HCC are planning to compulsory purchase the green belt land which is currently used for agricultural use. Once purchased, they have said "its eventual use will be dependent on a wide range of issues" indicating that if plans don't go ahead for a school, there is the possibility that the land will be used for something else. 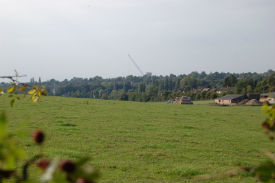